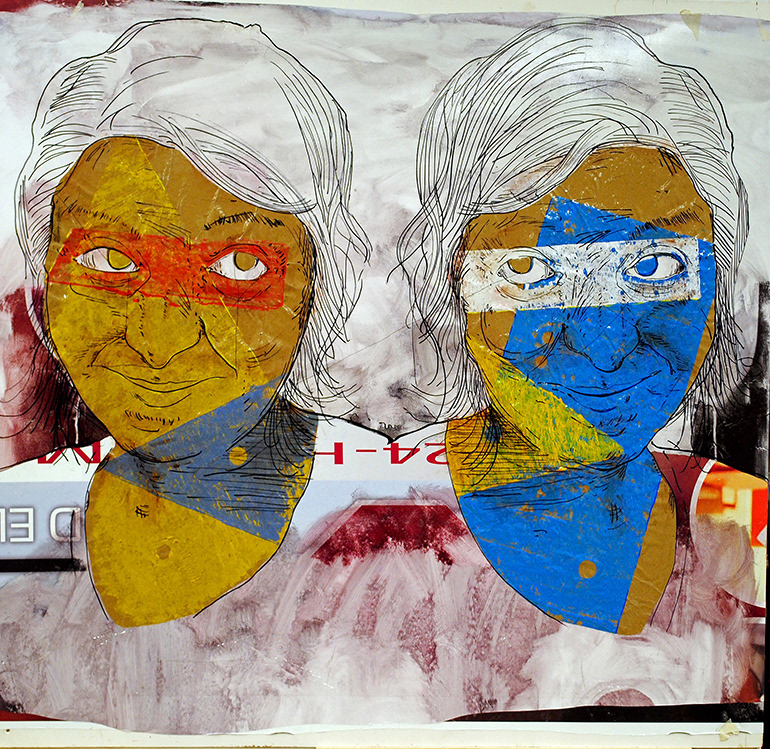 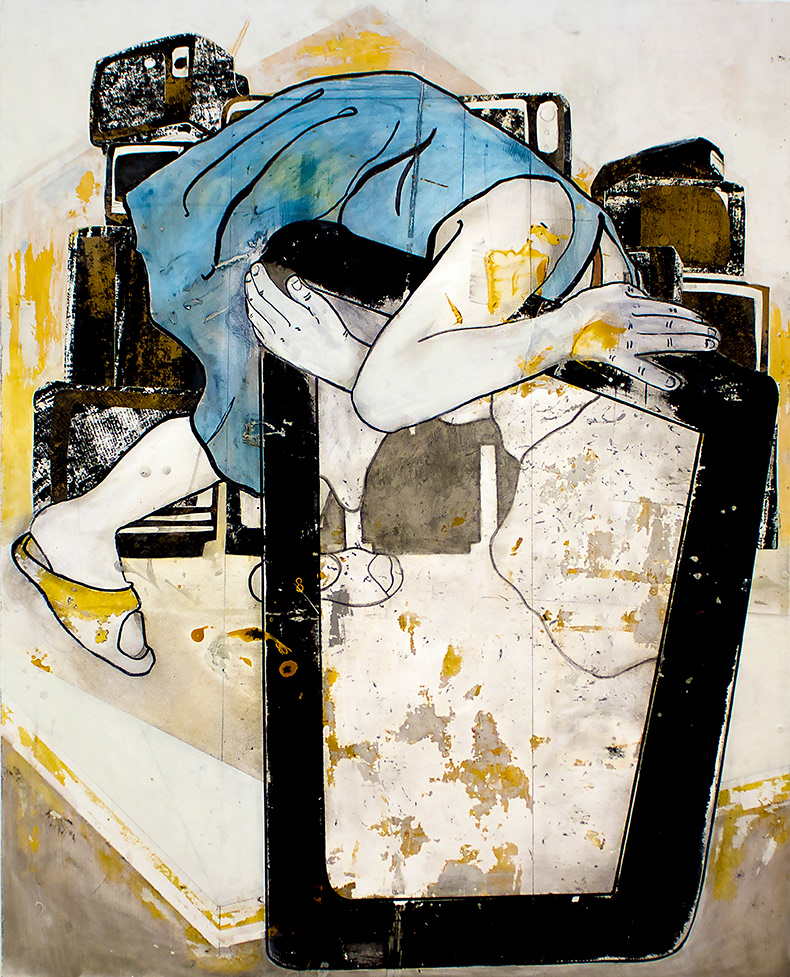 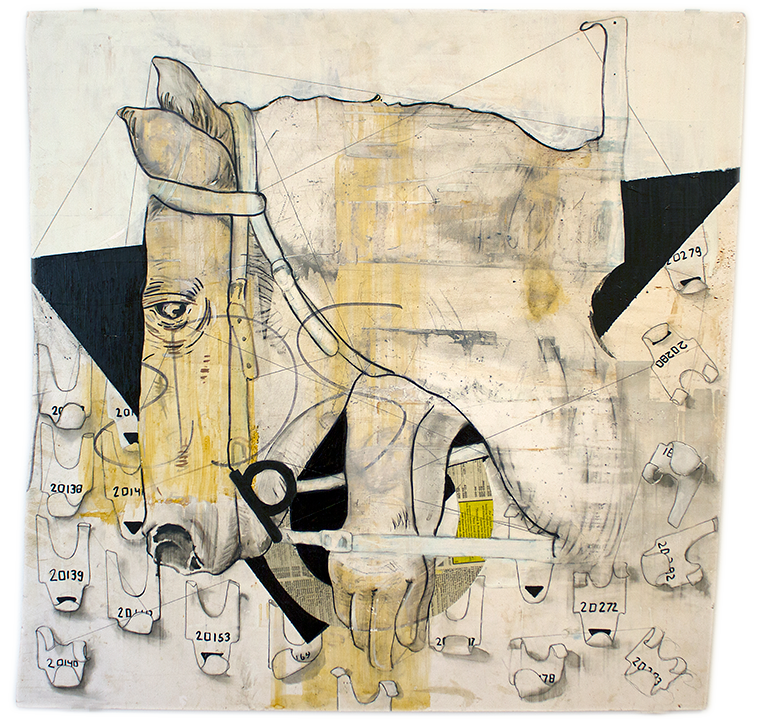 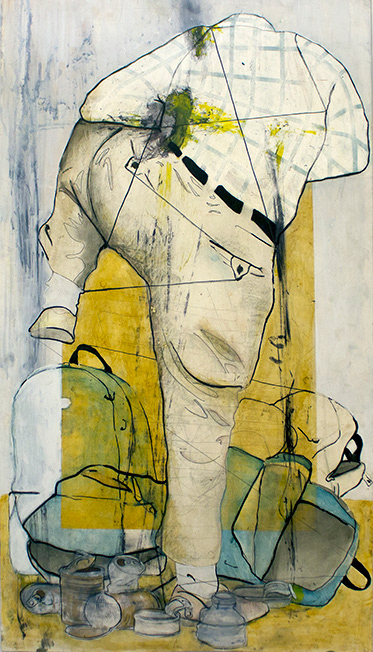 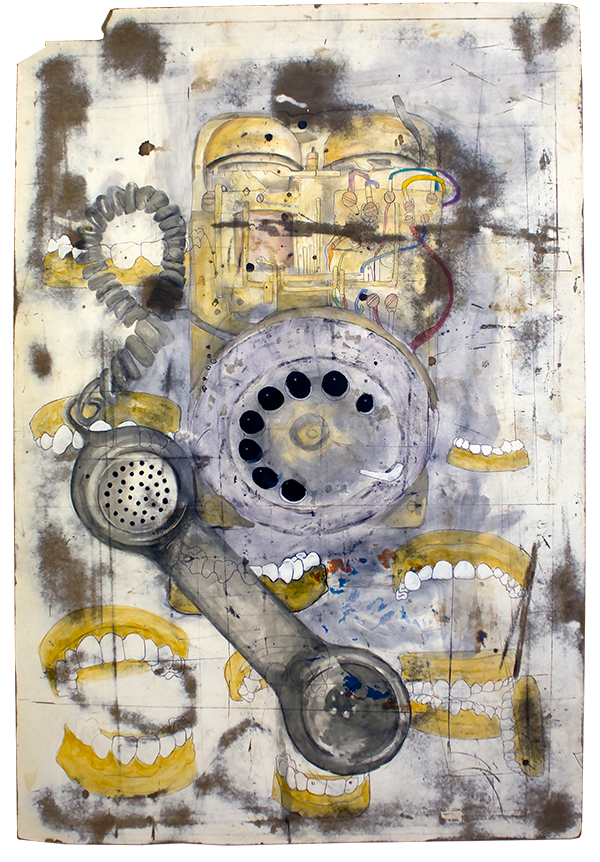 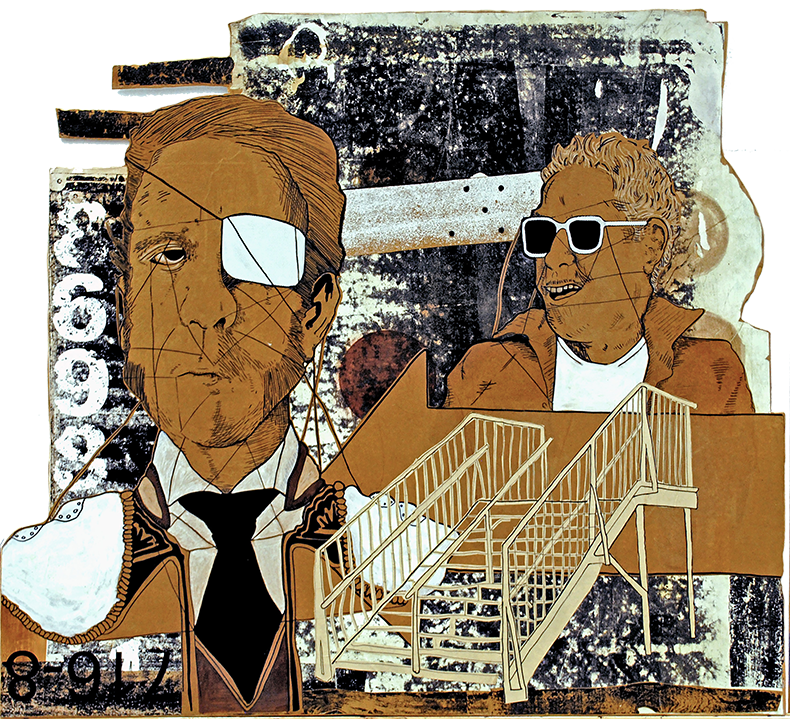 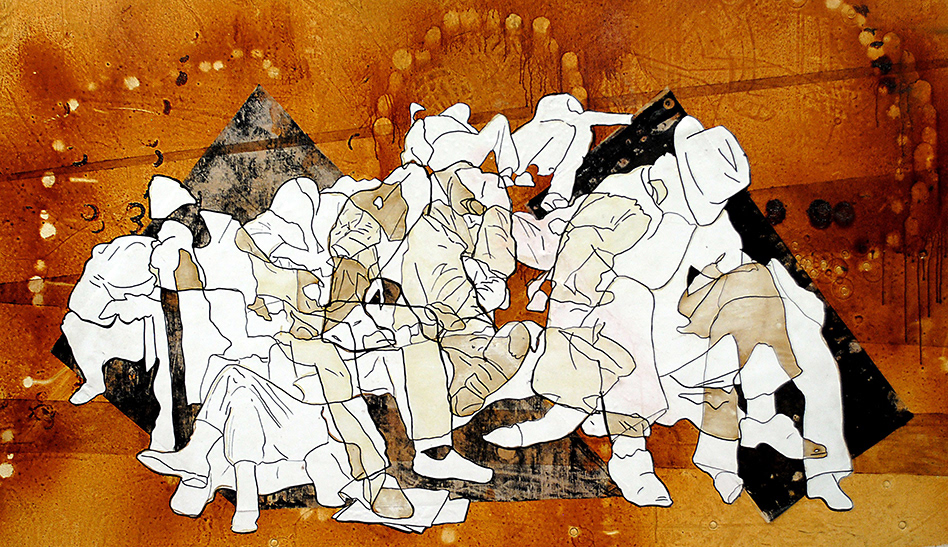 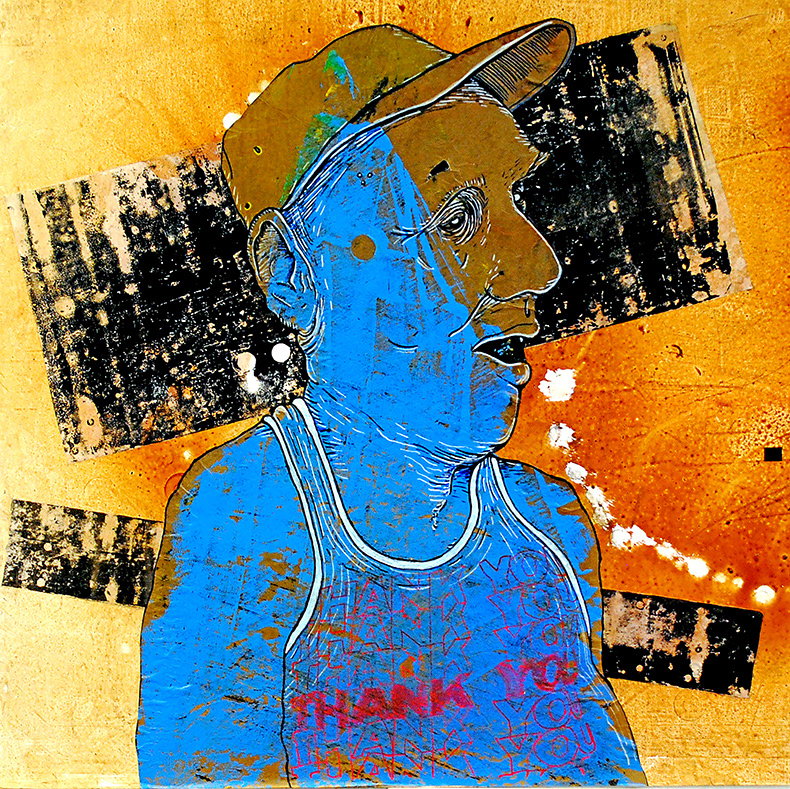 Wave motion (Suggest)
Approachable complexity is a signature style of Wave Motion (suggest). The process by which each piece is made creates a nonlinear layering, one that is so familiar because of the universal thought process it represents. Krzystek adds layer by layer of drawn, painted, or printed
material, allowing each to mingle with the surface for a time before removing sections,leaving a trace of the initial image and creating a new mark via this deletion. This practice offers room for surprise — as the artist says, “Every image is equally informed by intent as it is by error.”
Process is at the forefront, not only materially speaking but conceptually as
well. The work reveals an unsettled process of working through ideas and a wonder at how we arrive at certain knowledge. Krzystek specifically questions personal history, one’s own knowledge base, and also the knowledge of our culture as a whole. The works in Wave Motion (Suggest) display a visual tangle, a tangible illustration of the difficulties of separating fact from perception.
Taking a critical look at accepted history is a very current, relevant action. While often a sobering subject, these works are not without humor and a sense of play. Describing his intent, Krzystek says, “I strive to capture the restlessness in waiting, the pull on your cheekbone as you first begin to smile, the jostle in your brain as you’re trying to decide.”

Navigation or : How we move

Builders
↑Back to Top